Barcelona are still hopeful of signing Ajax goalkeeper André Onana, who has hinted that he has played his last game for the Dutch champions. 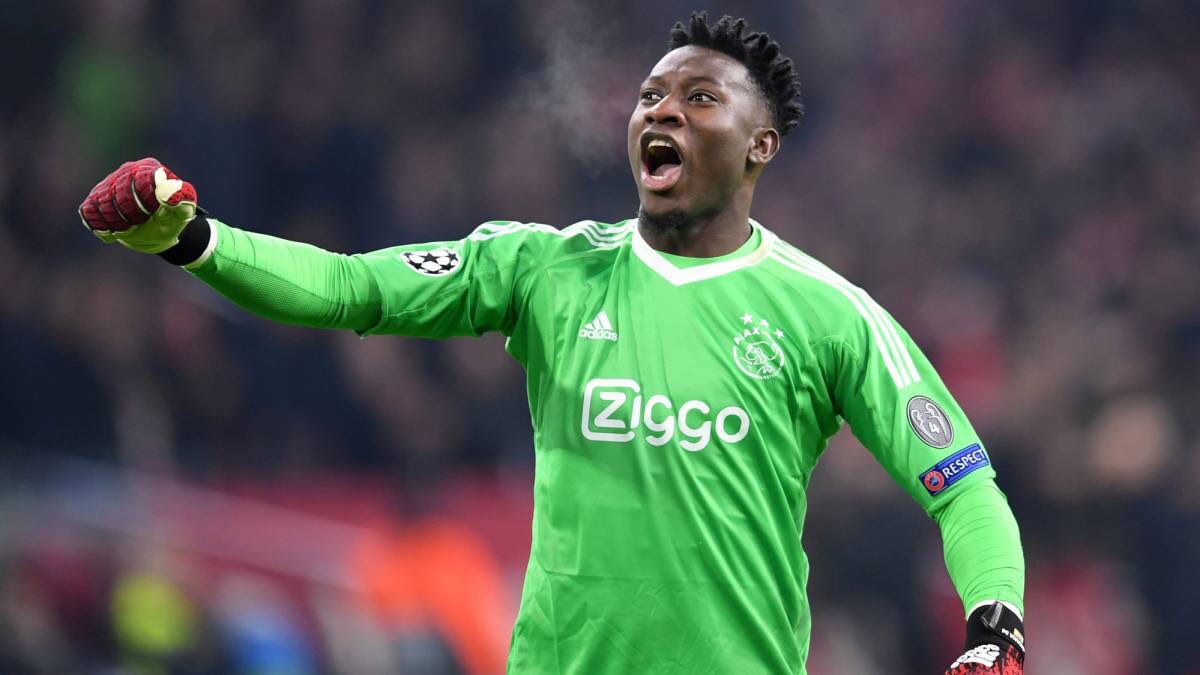 Onana joined Barcelona’s youth academy at the age of 14, spending five years in Catalonia before Ajax bought him for £135,000 in 2015, where he has become the club’s undisputed first choice.

The Cameroon international was fundamental to Ajax’s run to the Europa League final in 2017 and their outstanding ​Champions League campaign last season which saw them reach the semi-final stage for the first time in more than 20 years.

Barcelona’s current first-choice goalkeeper ​Marc-André ter Stegen is yet to enter ​contract talks with the club, but Spanish publication ​Sport have reported that Barça are very keen on strengthening the position with the arrival of Onana.

Ajax are currently demanding €40m for the Cameroonian, who would essentially be Ter Stegen’s back-up. This fee would take Onana into the top five most expensive goalkeepers of all time and for the transfer to be completed, Ajax will need to lower their asking price.

The completion of the deal is also dependent on ​Bar​celona’s ability to sell the Brazilian Neto, who is Ter Stegen’s current understudy between the sticks.

Barca are not the only club to have shown interest in the Cameroonian international. Chelsea have also shown strong interest in the player. Frank Lampard has identified the Ajax shot stopper as the ideal replacement for the struggling Kepa Arrizabalaga. The Spaniard has endured a poor second season with the club and Lampard is reported to have listed fate in the former Athletic Bilbao shot stopper. The Blues have already signed Hakim Ziyech from Ajax and they are ready to make another raid on the Eredivisie champions.