Dutch champions Ajax Amsterdam have reportedly increased the asking price for one of their players. Argentine international Lisandro Martinez has been one of the best players at Ajax Amsterdam over the course of the last few years and he’s a target for Premier League teams such as Manchester United and Arsenal. Dutch media outlet Telegraaf reported that Ajax have increased their asking price for Martinez to £52m. 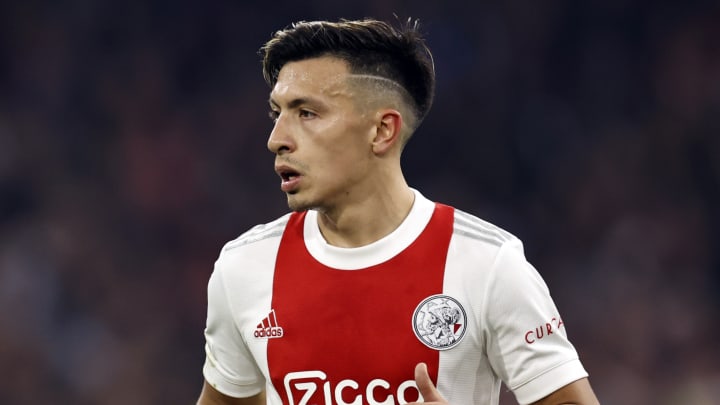 Arsenal and Manchester United target Martinez has three years left on his current Ajax Amsterdamcontract. To this effect, the Dutch giants are not in a rush to sell the player. Earlier in this summer’s transfer window, Ajax officials said the player is not for sale, but the Argentine international is keen to test himself in the Premier League. Arsenal and Manchester United have already had multiple bids turned down for Martinez till date. He has appealed twice to Ajax to let him leave this summer, but it looks like his appeal has fallen on deaf ears after his asking price was increased.

Manchester United are seen as favourites to sign Martinez ahead of Arsenal if he’s allowed to leave Ajax Amsterdam this summer and they have also offered the most money till date. Their latest bid is £43m including £5m in add-ons, but it was not enough to persuade Ajax to sell one of their most prized assets. The Dutch giants want £52m without any add-ons.

New Manchester United manager Erik Ten Hag is keen to add 24-year-old Martinez to his squad for the new season after a move for his Ajax teammate Jurrien Timber fell through. Martinez worked with Ten Hag for some years at Ajax Amsterdam. Ten Hag and Manchester United are also in the market for midfielders with Barcelona star Frenkie De Jong and Danish international Christian Eriksen at the top of their list.